The fixture emits downward directed light. The angle of the shade can be adjusted to optimize light distribution. The shade is painted white on the inside to ensure a soft comfortable light. 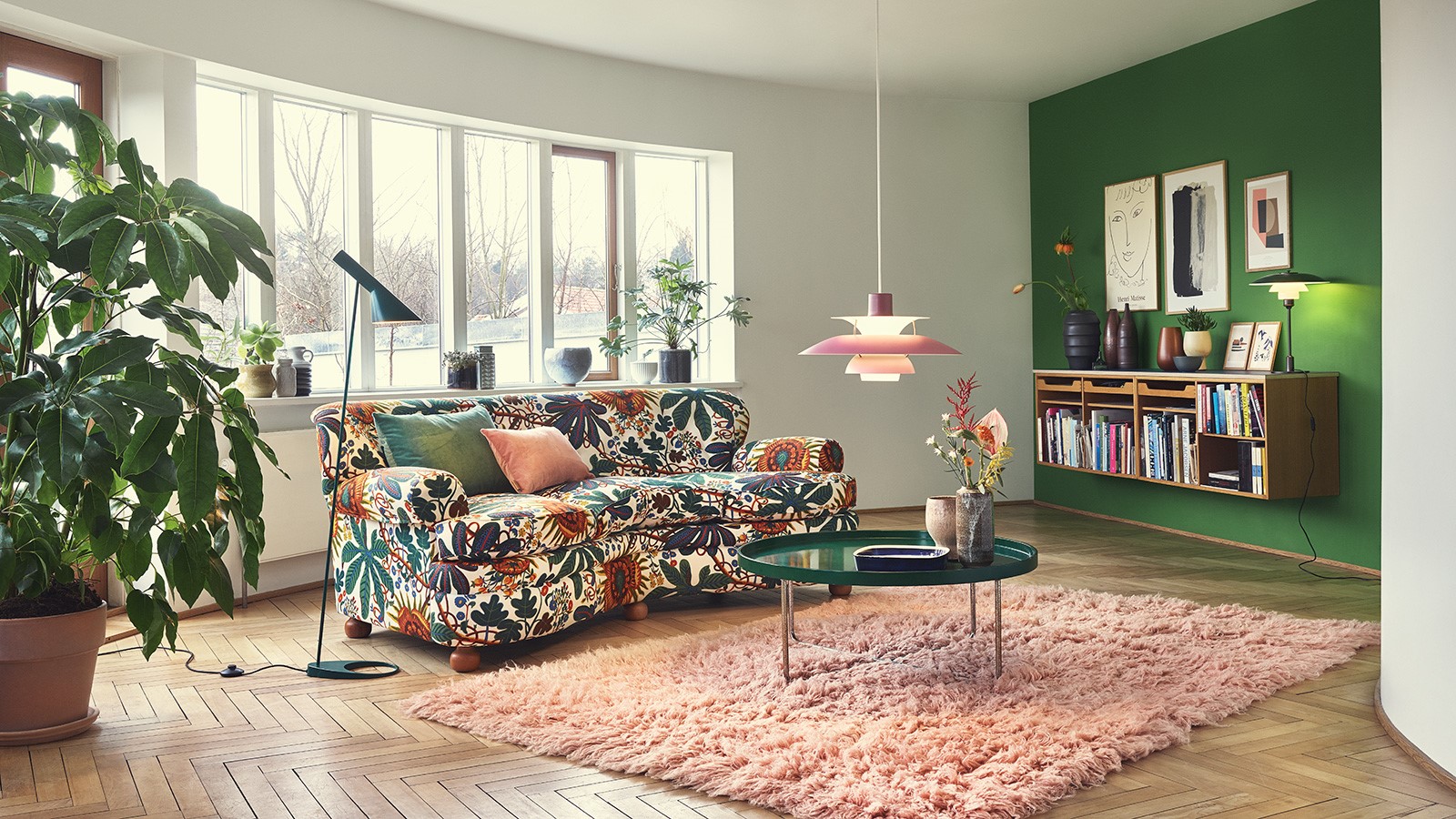 Arne Jacobsen designed the AJ Lamp for the SAS Royal Hotel in Copenhagen (Radisson Collection) in 1957. Today, the AJ family is regarded as the design that the Danish architect is best known for all over the world. At that time, the AJ family comprised a table and a floor lamp as well as a wall lamp, a small table lamp and a table lamp that was designed to attach to the table. The wall lamp could be found in beautiful rows in stainless steel in the lobby when the hotel was opened in 1960. 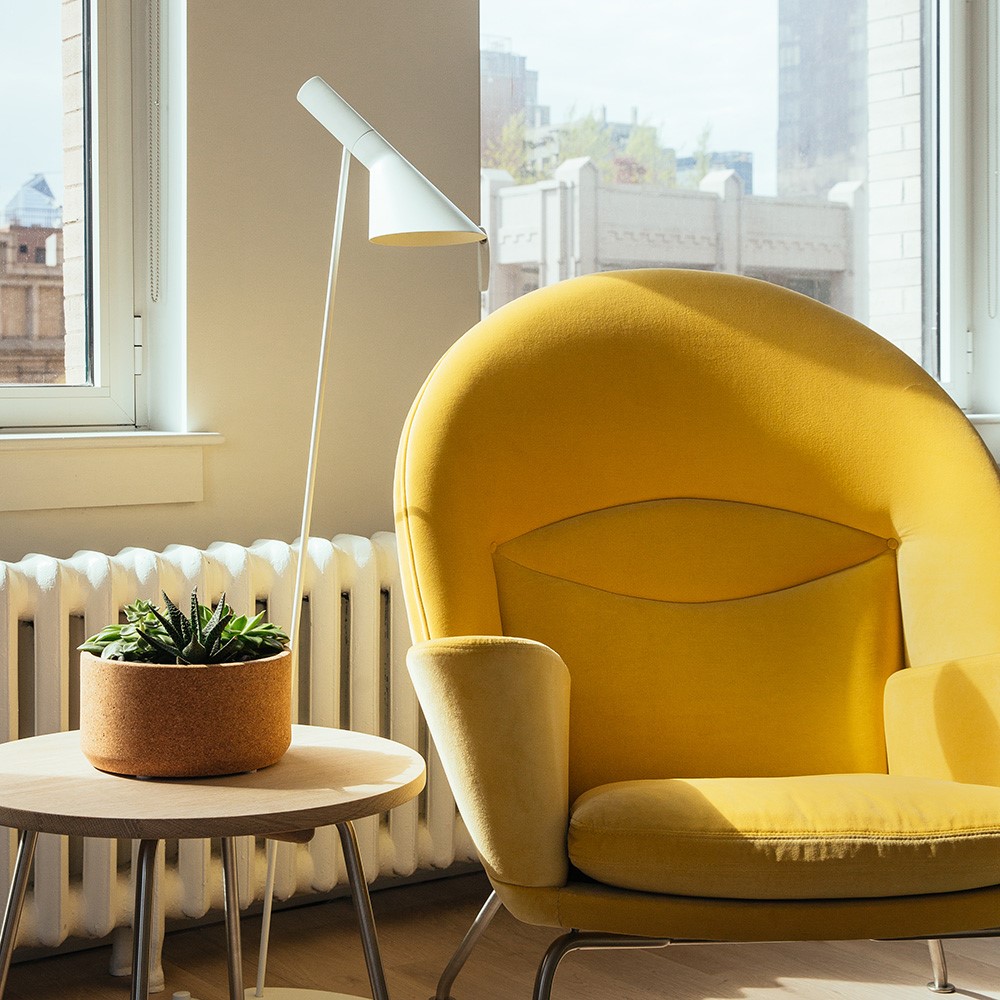 In combination with the pendant AJ Royal, the AJ Lamp formed part of the overall design concept that Jacobsen created for the hotel. Arne Jacobsen did not just design the hotel down to the smallest detail for SAS (Scandinavian Airlines), he also designed almost all the hotel’s original furniture and utility items. The profile of the AJ Lamp with its straight lines and its combination of oblique and right angles is not only seen as a formal parallel to the profile of the Series 3300 seats, but also to the geometric profiles of his buildings. 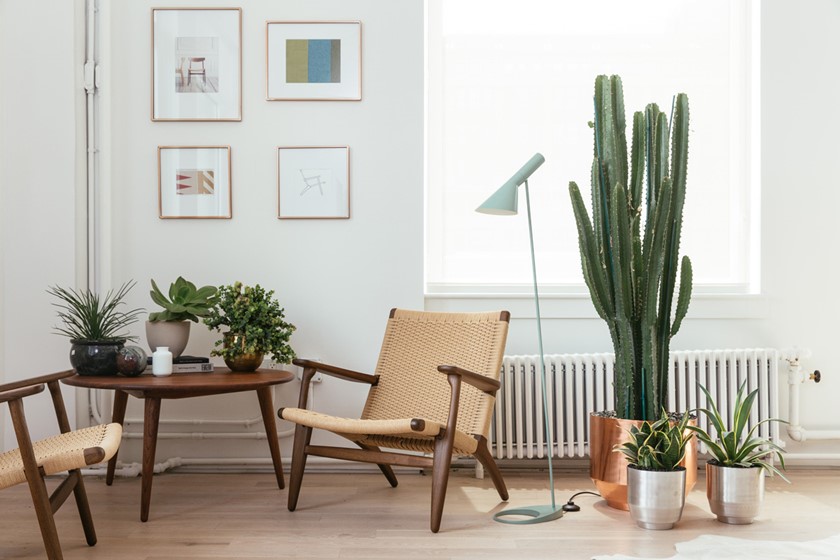 The AJ Lamp was used in several parts of the hotel, in copper and stainless steel. Furthermore, it was originally available in light grey, dark brown and black like the AJ Pendant. New colours have since been introduced over the years in celebration of the series’ jubilees. In 2020, the 60th anniversary of the opening of the SAS Royal Hotel was celebrated with the reintroduction of the AJ Table Mini which looks particularly at home on a window sill, on a bedside table or in combination with other occasional furniture. 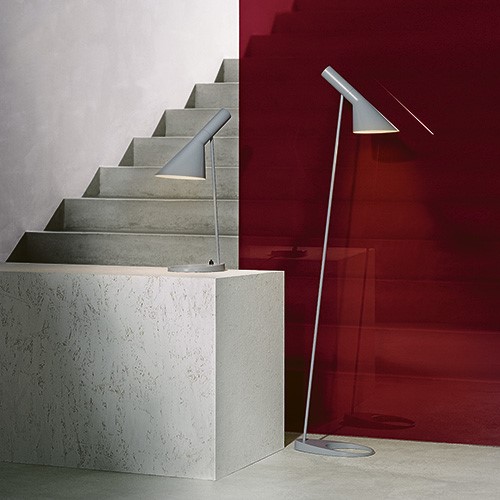 In addition, all the AJ Lamp versions were reintroduced in the original stainless steel version, which reflects its surroundings in the spirit of Arne Jacobsen and emphasizes the lamp’s minimalist and distinctive shape and flawless emission of light.

Switch: On the cord 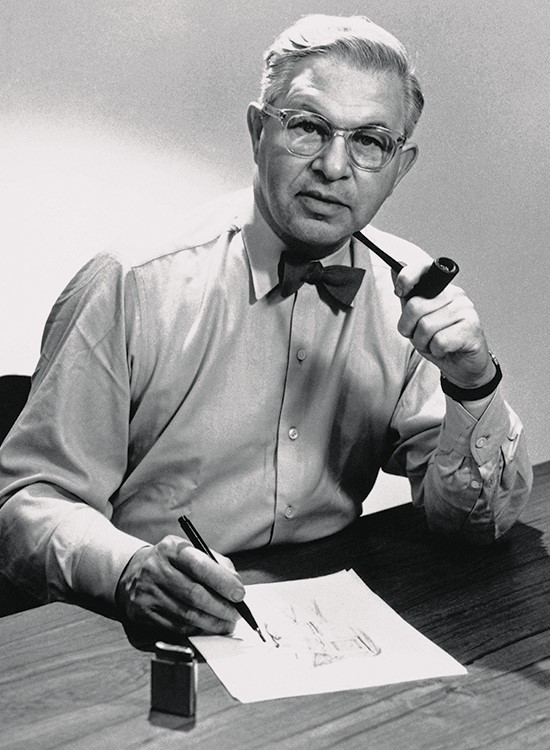 Arne Jacobsen was born and raised in Copenhagen. In 1927, he graduated as an architect from the Royal Danish Academy of Fine Arts in Copenhagen. After graduating, he obtained his first job at the office of the City Architect of Copenhagen launching his own office only two years later. Arne Jacobsen is a world famous Danish modernistic architect. His buildings are numerous in Denmark, Germany, and the United Kingdom.

Among his more famous projects are the National Bank in Copenhagen (1971), SAS Royal Hotel & Terminal, Copenhagen (1960), and St. Catherine’s College in Oxford, UK (1963). It is said that his fear of flying inhibited him from making a full impact on the American Architectural environment. 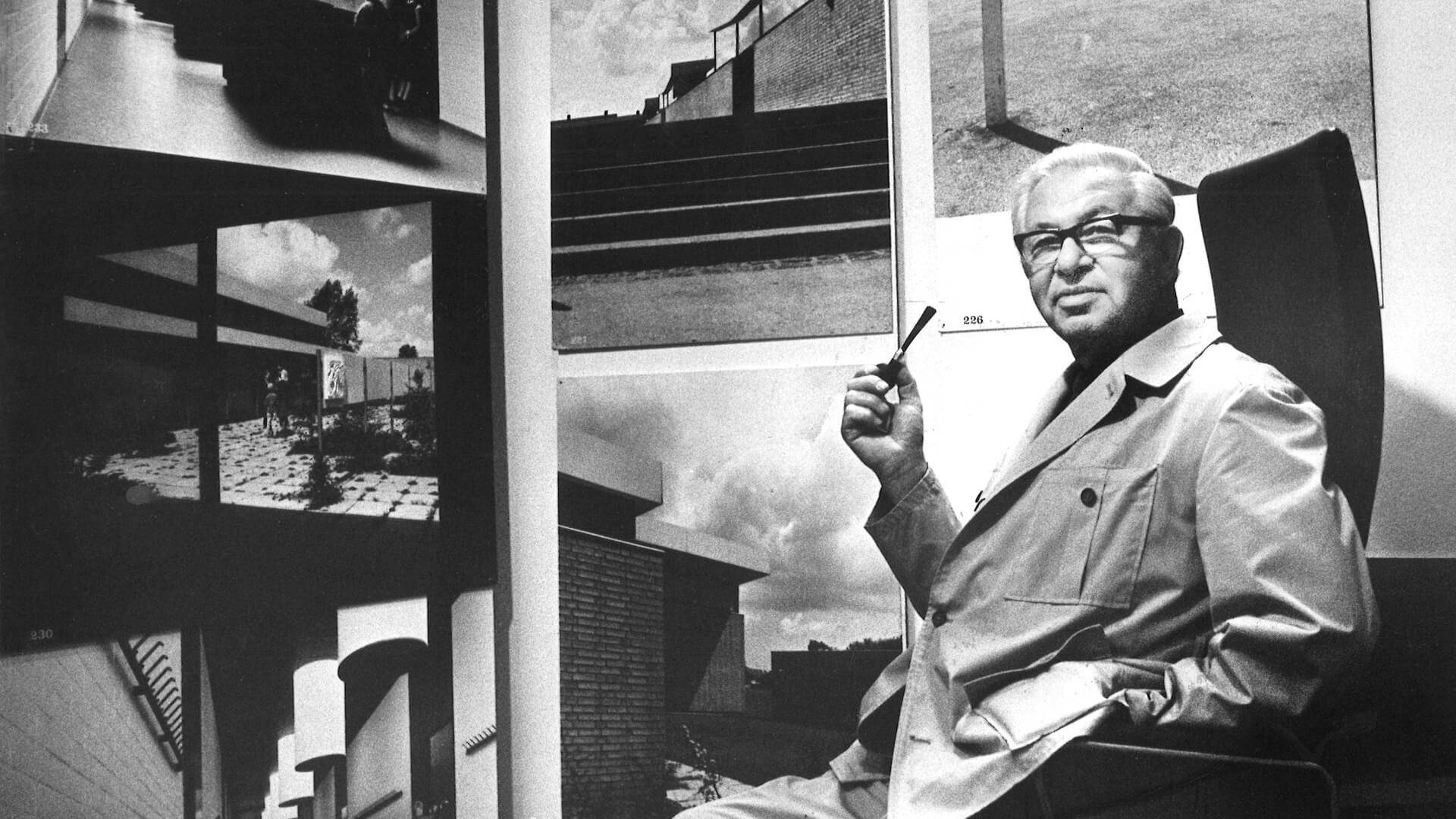 As an architect, Arne Jacobsen had very strong decision making skills, making it possible for him to influence not only the design of the building itself, but the majority of the details. Over the years, he ventured into various fields related to his work, such as light fixtures, furniture, cutlery, door handles, sanitary fixtures, fabrics, and wallpaper patterns. "The Egg" and "The Swan" are two famous chairs designed by Jacobsen.

During Arne Jacobsen’s lifetime, he received several prestigious awards both at home and abroad. He became a professor at the Royal Danish Academy for 11 years and through that he influenced an entire generation of Danish Architects. Each eventually developed their own architectural language, built upon the same rationalistic and minimalist approach toward architecture.